Make a Clay Rhino—and a Difference

When our book Emi and the Rhino Scientist came out in 2007 there were about 300 Sumatran rhinos left on the planet. These small hairy rhinos live in the forests of the Southeast Asian islands of Sumatra and Borneo. By the time we updated the book for its 2010 paperback version, the species’ wild population numbers were down to 200. Today, only half as many remain. How many will exist in another three years? If a hundred more are lost, no Sumatrans will live in the wild at all. None. 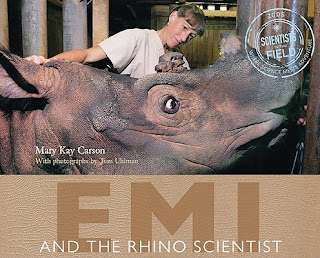 “What does it say about humanity,” asks rhino scientist Terri Roth, “if we cannot find a way to share the earth with such an ancient, peaceful, non-threatening species like the Sumatran rhino.”


Sumatran rhinos are slaughtered for their small stubby horns. Rhino poaching isn’t new. Rhino horn has long been valuable to hawkers of traditional Chinese and Asian medicines. But the price of rhino horn worldwide has skyrocketed in recent years. Demand for black market rhino horns has never been higher in China and Vietnam. The growing affluence in these nations has boosted the price of rhino horn. Rumors that powered rhino horn can cure cancer and its use as a fashionable club drug for the very wealthy has made the situation untenable. As the value of rhino horn has increased to surpass gold gram for gram, poachers have become armed with high-tech weapons and night vision equipment. Wildlife rangers are outgunned. Currently some fifty rhinos a month are being poached in Africa alone.

While all rhinos are threatened, Sumatran rhinos are the species most in danger of extinction. As an example of how desperate the situation has become, Terri is going to try breeding two of Emi’s offspring. Harapan has just returned to the Cincinnati Zoo. The six-year old male had been living at the L.A. Zoo. Terri and the other scientists at the Center for Conservation & Research of Endangered Wildlife (CREW) hope to breed him with his older sister, Suci, who never left the Cincinnati Zoo. “No one wants to breed siblings, it is something we strive to avoid,” explains Terri. But with no other captive Sumatran rhinos available, inbreeding is a lesser worry than extinction. “And I am not willing to sit idle and watch the last of a species go extinct.”

Want to help save Sumatran rhinos? You can tweet “I’m a fan of Harapan – #RhinoCrisis” or download the Sustainable Shopper App to help you choose rhino-friendly products. Learn more and keep up to date on rhinos at Rhino Signature Project.

Kids love rhinos! Teachers can turn that enthusiasm into purpose-driven persuasive writing. (It's Common Core!) They can join in the Cincinnati Zoo’s Letter Campaign for the Sumatran Rhino.

And just for fun, below is an activity for making a rhino out of modeling clay. It helps practice using a metric ruler, too. It's from a terrific conservation organization, Save the Rhino. Check out their For Kids - Save the Rhino link for more. 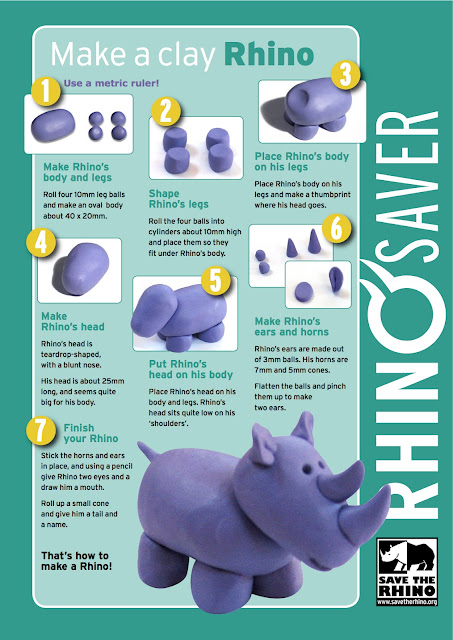 Email ThisBlogThis!Share to TwitterShare to FacebookShare to Pinterest
Labels: Cincinnati Zoo, Emi and the Rhino Scientist, Lindner Center for Conservation & Research of Endangered Wildlife, Mary Kay Carson, Save the Rhino, Scientists in the Field, Sumatran rhino