As a puzzle fan and math geek, I have always been attracted to solving and creating puzzles. But little did I know when I first started researching cryptology—the study of codes and ciphers—how much my knowledge would expand. From Sir Robert Baden-Powell, the founder of the Boy Scouts, who used his artistic talents during the Boer Wars to send drawings back to the British of fort formations and weapons disguised as butterfly sketches, to a disgruntled German who turned his frustration against his brother and his country to sell secrets to the Allies during World War II that helped crack one of the most challenging cipher machines ever invented, my upcoming book CODE CRACKING FOR KIDS: Secret Communications Throughout History with 21 Codes and Ciphers, (to be published October 1, 2019, by Chicago Review Press) explores the history of cryptology, presents unsolved codes and ciphers from hundreds of years ago to more modern times, and offers a number of codes and ciphers for kids to enjoy.

Here’s a sample of a cipher used by Julius Caesar when he ruled the Roman Empire from 49 BCE to 44 BCE:

Can you use it to solve the message in red below? The coded letters are the ones in uppercase above. Write the plaintext (unciphered letters) above each capital letter to reveal the message. 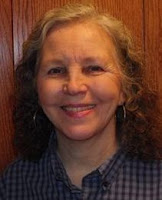 Jean Daigneau has contributed to numerous children’s publications including Highlights and Fun for Kidz, and she writes a quarterly feature for Children’s Book Insider–Genre Spotlight. She has more than twenty years’ experience working with children in elementary school libraries and afterschool programs. Visit her website: www.jeandaigneau.com