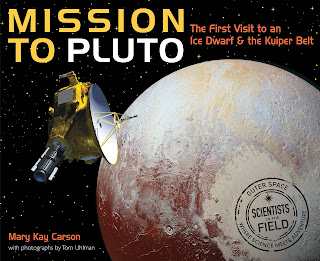 Get your mission update! My book, MISSION TO PLUTO: The First Visit to an Ice Dwarf and the Kuiper Belt is now out in paperback! The reprint includes an update on the mission's perfectly fabulous first-ever flyby of a Kuiper belt object (KBO).

The plucky piano-size spacecraft made history again in January of 2019 when it navigated a photo-snapping flyby of the KBO Arrokoth more than 4 billion miles from the Sun. The name means "sky" in the Native American Powhatan-Algonguian language. It's amazing to fathom, considering that when the New Horizons spacecraft flew by Pluto in 2015, Arrokoth hadn't been discovered yet! When images of Arrokoth reached Earth, scientists were stunned to learn that it wasn't a single object, but a two joined rounded lobes. It looks a bit like rust-colored snowman! Nothing like it has ever been seen anywhere in the solar system. The theory is that Arrokoth's two ball-shaped bits once orbited each other as binary worlds, not unlike Pluto and Charon do today. Something happened long ago that caused them to merge and stick together. Billions of years ago when the solar system was forming, lots of bis and pieces crashed and clumped together. It's how the planets were made. Arrokoth is like a snapshot of that process frozen in time.

Unbelievably, there's still more to come! New Horizons is currently a healthy spacecraft and is furthering its journey into the Kuiper Belt. Want to learn more?
Go New Horizons, go!

To celebrate, print out and assemble this fun NASA paper model of the New Horizons spacecraft. Enjoy! 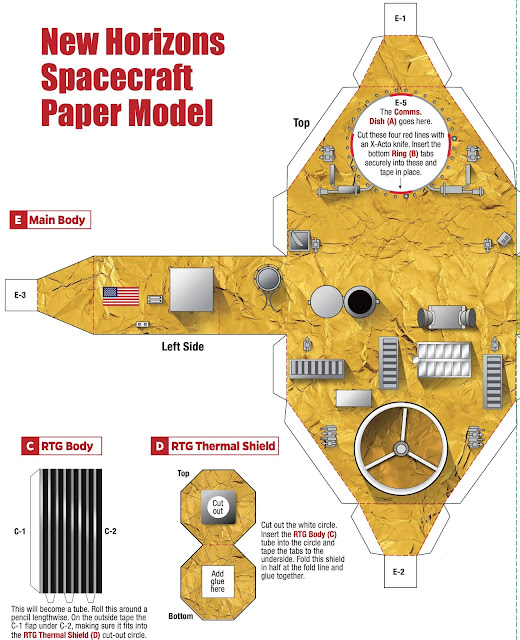 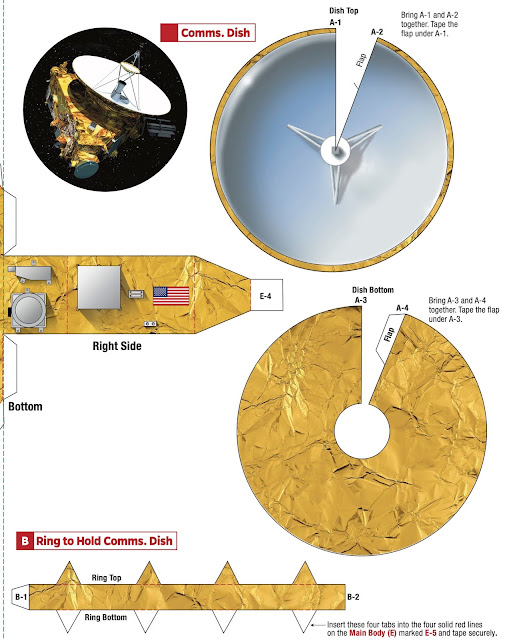 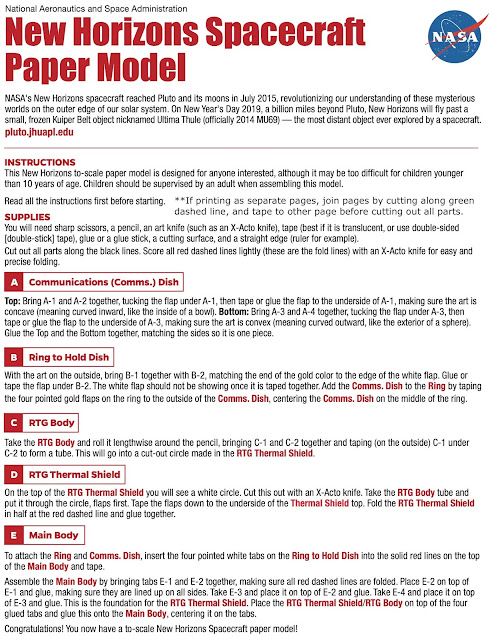